My last blog was a “step by step” how to setup a Windows Virtual Desktop with GPU. I have now done some real world performance tests and comparisons. I started by setting up a similar WVD without GPU to compare them side by side. I decided to compare the following two VM sizes:

I decided to use Samsung DEX client for all the testings just to mitigate the laptop GPU from the performance results. First I did some basic compare to verify that the size on the VM was comparable, with the exception of the GPU of course. I did these basic tests with cinebench and Novabench. Both show that the GPU powered machine was slightly better in cpu performance, and the other one had better disk performance. I decided to go on anyway.

After that I intended to use Furmark but that one failed. Furmark only works with a GPU powered VM. And this is sometimes the case in real world applications. Some applicationd require a GPU to run at all. In these cases, the WVD with GPU is off course required. And yes, it will work. the GPU is detected and will allow the application to run.

But now to the real world usage. I have a customer that works with Autodesk solutions like Autodesk AutoCAD and Autodesk Inventor. My goal with this test was to verify if WVD could be used even for these usage scenarios. I managed to find a good Autodesk Inventor performance test tool Inventorbench from Micro Graphics. In this tests the seconds for performing different tasks is measured.

Score reports are always hard to decode! It is much more visual in this video:

But then I also asked my customer to connect and work with these two machines with some real Autodesk Inventor work. This was his comment:

The first VM you gave me was totally unusable. Constant hickups and very slow performance. But the next VM was actually nice. The performance was not outstanding, but it works pretty well. I took it for a ride for almoust 4 hours and it was almoust like using my desktop and that was a big suprise. So the big question is, when can you implement this for us so that I also can work from home?

So if you are using applications that need GPU or is graphic intensive, the WDV with GPU can be your solution. Also have in mind that in these tests I used a cheep, low performance one. If scaled up it will probably perform much better! 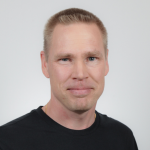